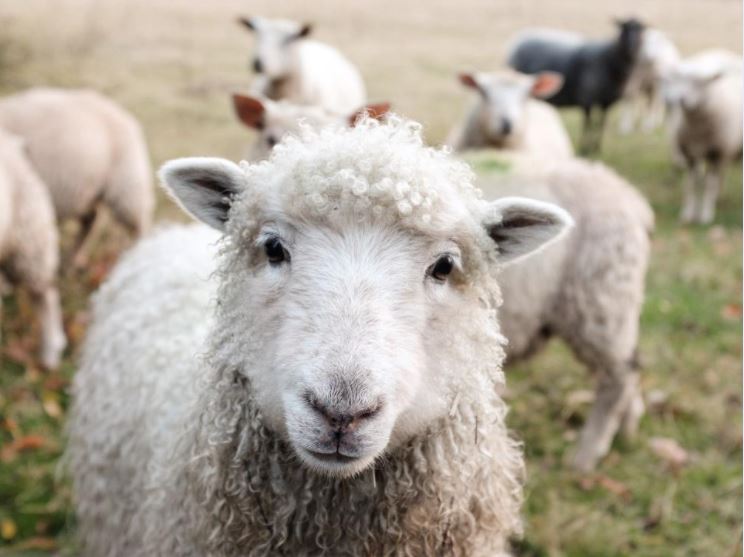 Hello, right from the beginning of my walk with the Lord, I was aware of the need to ask God, and to listen with expectancy, trusting that God would answer. Then it isn't always a case of just standing still, till we get a physical prod, but sometimes that can happen through circumstances. But usually, if you've been pushing doors and knowing that God will open or close doors as he wants us to know his leading. Psalm 143:8-10 had meant a lot to me over the years. 'Let the morning bring me word of your unfailing love. For I have put my trust in you. Show me the way I should go. For to you I entrust my life, rescue me from my enemy's Lord, for I hide myself in you teach me to do your will. For you are my God, may your good spirit, Lead me on level ground.' God doesn't lead us up the garden path on a wild goose chase. If the way seem tortuous it's usually because he wants to teach us something through the process. In our reading from Acts 4, where Peter and John are taken up before the Sanhedrin, the religious assembly of either 23 or 72, elders, who were appointed to sit at tribunal. Peter and John have spent a night in prision because they've been speaking, and also healing a man, in the name of Jesus of Nazareth. Er wasn't he supposed to havae been killed? Jesus was crucified by the Roman soldiers, who were expert and experienced in this. But yes there were growing rumours that this man Jesus wasn't dead, but had come back to life. Those in the assembly or certainly the majority wanted this rumor quashed straight away. However, we read how Peter gets straight to the point, explaining that a man had been wonderfully healed. Isn't that good news? And they couldn't take the credit for themselves. As they were only able to carry out this act of kindness as an instrument of their Lord Jesus, who is the one who has carried out this miracle? They have done it in his name, with his authority, because he is living Lord of all. They don't mince their words, saying that those ofthe Sanhedrin had worked to have Jesus arrested and killed because they didn't recognise their Messiah, and were effectively threatened by Jesus and His popularity. However, Pete and John reiterate, that salvation, being made right God, is not by any religious academia, or actions or traditions, but by believing and trusting in the name of Jesus, and no one or nothing else.

In John's gospel Chapter 10 Jesus said that he knows his sheep and they know him. As a true shepherd he laid down his life, to save his flock. In Colossians, chapter 2:15 it says 'And having disarmed the powers and authorities of Jesus made a public spectacle of them, triumphing over them by the Cross. Jesus lays down his life of his own will, and has the authority to raise up again to life for he has the power over death. The Old Testament talks a number of times about the relationship between God and his people, as a shepherd with his flock, temporarily entrusting his flock to others, such as Moses and genuine prophets such as Isaiah, who are forerunners of Jesus. Now, Jesus is the good shepherd, who will save his flock.

The other day, it was lovely to be part of a days retreat online. It was run by the British Bible readers fellowship. And it was a day from 10.00 a.m till 3.00 p.m. A lovely rRetreat, just looking at being in the wilderness. Which many of people have felt through this past year or so with the pandemic.

I'd just like to share the six major themes that were looked at there. We're looking in Isaiah- and the first theme was

'Fear not, because I have redeemed you' in Isaiah 43:1, and isn't that what Jesus is saying here as a the good shepherd that he is the protector, and the guide, the guide for us all.

And then in verse 10 of chapter 43 'You are my witnesses', and Shirley spoke about this last week, just saying about how when we receive this wonderful news we are to share it and pass it on to the people that we meet.

And God says I am the Lord your King, see I am doing a new thing. I even I blot out your transgressions, we see that Jesus had taken the punishment for our sins, he has blotted out our transgressions, so that we can come before God.

'And I will pour out my Spirit on your offspring' in Isaiah, chapter 44:3 So he promised to pour out his spirit on us, for us to be aware of God's presence for us with us, and also to equip us for all that we have to do.

So it was just a lovely day, and next week, we're going to get it sent to us. And if anybody would like to have a look at it, you'd be more than welcome, just ask. It was a really edifying time.

So as we remind ourselves of the authority that Peter and John were able to speak from meeting with the living Lord Jesus. And they were able to be transformed, and to be courageous and simply sharing what Jesus has done, and what he goes on to do. And as we see Jesus's promises, that he is going to be our shepherd, our guide that he walkes with us. He doesn't just send us on an errand and stays behind, but he walks with us, goes with us just as a the shepherd walks with his flock. Sos we are encouraged by the passages, just pray that in these coming days as we slowly open up, and slowly get involved with more things in our community, that we might know the presence of the Good Shepherd in our lives, protecting us and guiding us so that we make good steps, not foolish steps, not steps in our own strength, but steps in the path , in the footsteps of our Lord Jesus.

So let's pray. Heavenly Father, we thank you for these very familiar passages that are so very important. We thank you Lord Jesus for being

« Jesus Appears to His Disciples Sunday 2nd May »