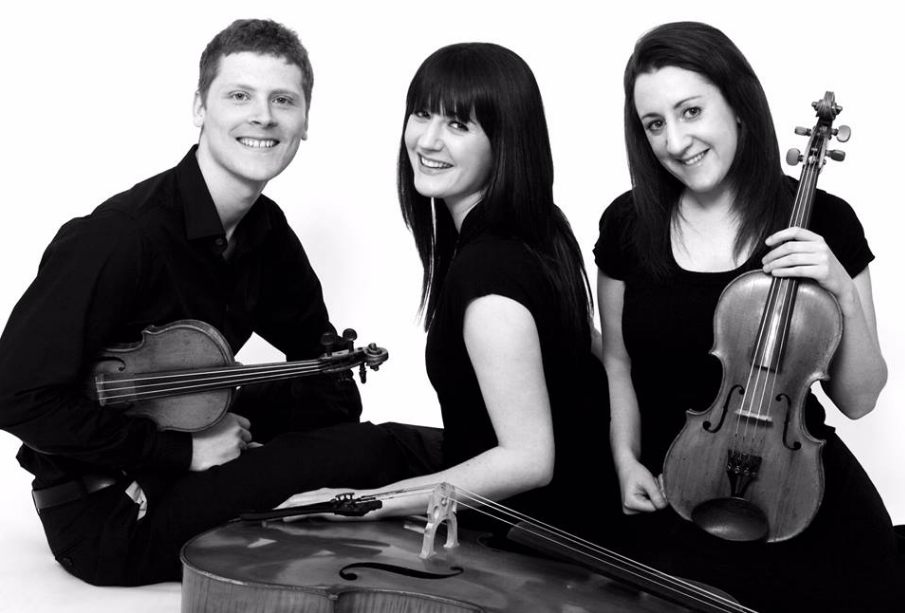 We are delighted to welcome Eblana String Trio to Holy Trinity this Saturday, 3rd November 2018

Since its formation in 2006, the Eblana String Trio has been performing regularly for music societies and festivals throughout the UK and beyond, winning praise from audiences and critics alike for the depth and insight of their performances.

Born in Manchester, Jonathan Martindale has been the violinist of the Eblana String Trio since its inception. Aside from the trio he holds a Sub-Principal position in the Royal Northern Sinfonia and is also a member of Manchester Camerata. He has regularly been a guest with the Academy of St Martin in the Fields, BBC Philharmonic and recently Jonathan’s performances have taken him throughout Europe, the Far East and Australia. Notable solo performances include a solo Bach recital for Manchester International Festival and performances of concertos by Bach, Vivaldi, Mozart, Beethoven, Mendelssohn, and Dutilleux.

Violist Lucy Nolan left her native Dublin to study at the RNCM, and during her time there was awarded an International Artist Diploma in Orchestral String Leadership, a Master Degree in solo performance with Distinction and a Bachelor Degree with First Class Honours. As well as working with many distinguished orchestras, Lucy’s career as a chamber musician has seen her perform widely across the UK and further afield, collaborating with musicians including Thomas Riebl, Catrin Finch, Moray Welch and Marcia Crayford. She is also passionate about teaching and is on the staff at Junior RNCM, Yorkshire Young Musicians and the University of Manchester.

Peggy Nolan commenced her third level training at the RNCM in 2006 studying with Peter Dixon amongst others. She holds an International Artist Diploma in String Leadership, Master of Music and 1st Class Bachelor degree from the RNCM. As well as her work with the Eblana String Trio, Peggy was a founding member of the Borromini Quartet, a young London-based ensemble, performing on instruments and bows of the classical period. As an orchestral player Peggy performs with some of the UK and Ireland’s finest orchestras including the Halle, BBC Philharmonic and Irish Chamber Orchestra.

Please note this is the last in the current series of concerts, the new series will start on 26th January 2019.