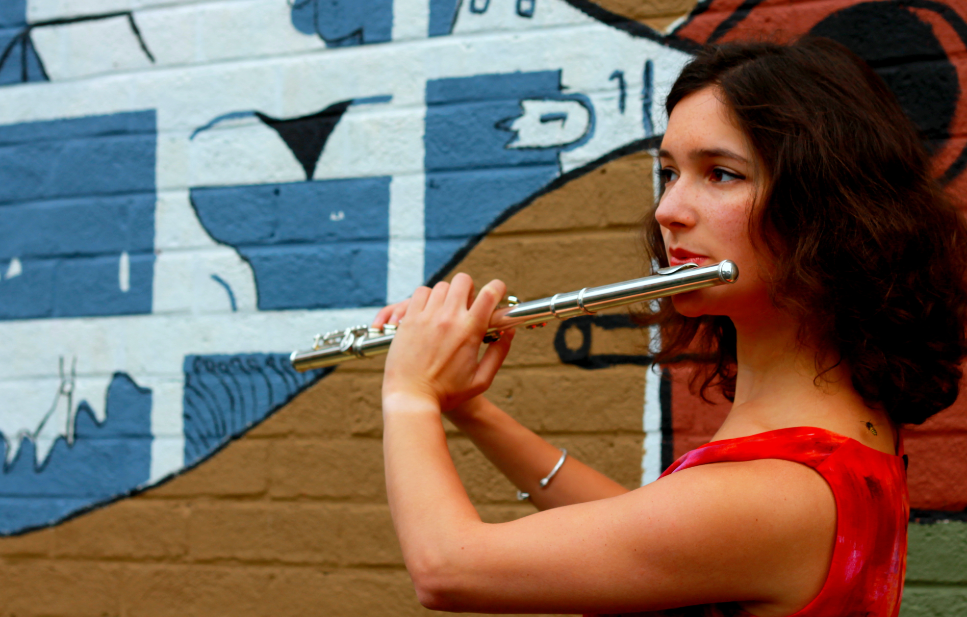 Meera Maharaj (flute) Dominic Devagino (piano) will be playing their WACIDOM concert on 21/4/18. They will be playing:
Solo Sonata No 5, op 4 – Stanley

Sonata for flute and piano – Liebermann

Salt of the Earth – Scott

Born in 1995, Meera Maharaj grew up in Warrington. She studied at the RNCM with Wissam Boustany, Laura Jellicoe and Juliette Bausor, recently graduating with first class honours.  Previously she spent 6 years at the Junior RNCM whilst attending her local school.  Meera is continuing her studies at postgraduate level with Michael Cox at the Royal Academy of Music through an entrance scholarship supported by Sir Elton John, and a Countess of Munster Musical Trust Derek Butler award.

She recently won the RAM Flute Prize, 3rd prize in the British Flute Society “Young Artist” Competition and was a finalist in the RNCM Concerto Competition.  In 2016, she won the Dutch International Flute Competition.

Meera recently won a place in the Pro Youth Philharmonia and has enjoyed playing with many RNCM and RAM ensembles. She is a former member of the National Youth Orchestra of Great Britain. She played principal flute with the National Youth Chamber Orchestra, Liverpool Philharmonic Youth and JRNCM Symphony Orchestras.  In the 2015/16 season she was selected for the BBC Philharmonic Orchestra’s Professional Experience Scheme, leading to performances at Media City, the Bridgewater Hall and in Malvern.  She has given solo performances at the Concertgebouw, the Bridgewater Hall and gives regular recitals across the North West.  She has performed on BBC Radio 3 and at the Royal Overseas League House in London as a semi-finalist in both the solo wind and mixed ensemble categories of the ROSL competition in 2017.  She was a semi-finalist in the recent Karl Jenkins award.

She has organised several successful concerts in aid of Warrington Foodbank and Medecins sans Frontieres.

‘Degavino’s a pianist worth watching’ – The Times, January 2015

A rising young star, Dominic Degavino grew up in Milton Keynes, and started studying the piano when he was six years old. Soon after, he gained a place at Chetham’s School of Music, where he studied for eight years, followed by studies as an ABRSM Scholar at the RNCM, all under the tutelage of Helen Krizos.

He has performed concerts in venues across the UK and beyond, including performances at the Wigmore Hall and Southbank Centre, London as a Park Lane Group artist, as well as at St. Martin-in-the-fields, London, the Bridgewater Hall, Manchester and the Lichfield and Edinburgh festivals, among others. Concerto appearances include performances with the Manchester Camerata and RNCM Symphony Orchestra, and he has taken part in masterclasses with eminent pianists such as Lang Lang and Richard Goode.

Dominic is also a keen chamber music pianist and accompanist, and his work in this field has won him numerous prizes both as soloist and accompanist. He also enjoys playing Jazz, and has appeared regularly with the RNCM Big Band, with whom he has broadcast on BBC Radio 3.

Dominic is now continuing his studies at the Guildhall School of Music and Drama with tutors Charles Owen and Noriko Ogawa.