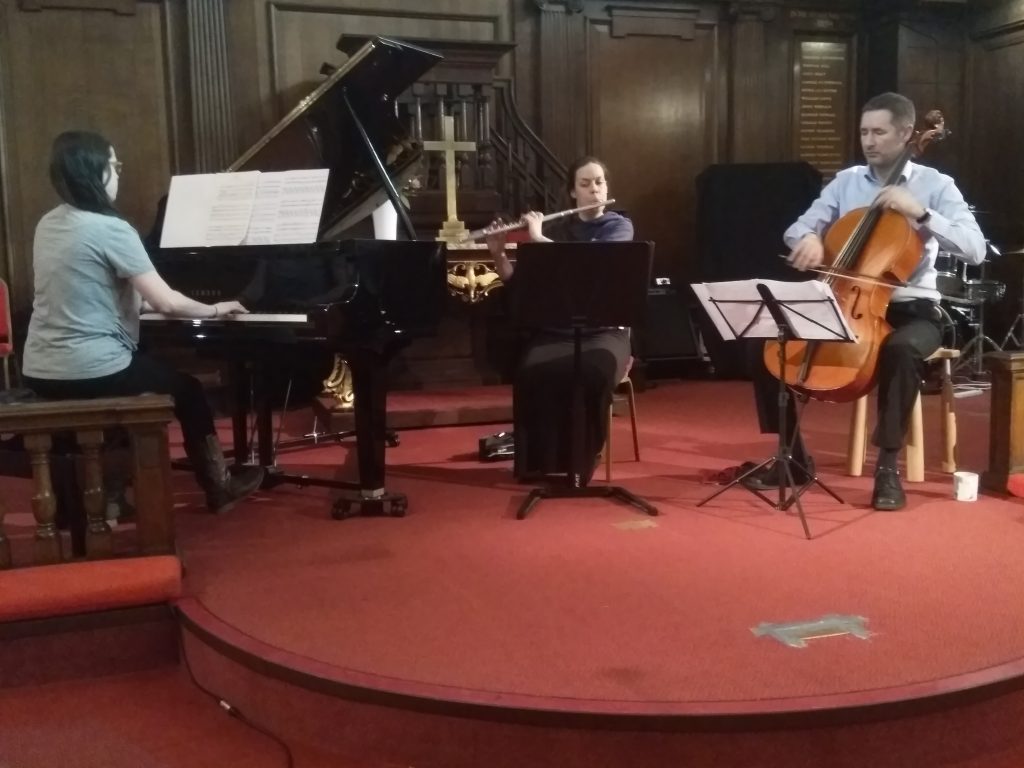 The Sterling Trio is an exciting, innovative and engaging chamber music ensemble who strive for the highest standard of performance both as musicians and communicators. Formed at the Royal Northern College of Music in 2006, the Trio were finalists in the Tunnell Trust Music Club Awards Scheme 2011-12 and 2013-14, finalists and performers in the Park Lane Group Young Artists Concerts New Year Series 2012, and were selected artists for the 2013-14 Making Music Concert Promoters’ Group Brochure.

Renaissance to the present day: rich 19th century opera-infused virtuosic works, impressionistic 20th-century French music, and arrangements, many by the Trio, of works by prominent composers across the ages such as Dowland, Corelli, Mendelssohn and Bartok. The Trio is also passionate about raising the profile and expanding the repertoire for their instrumental combination, with commissions forming an important part of their work. Their commitment to new music has seen the Trio collaborate with several composers, including Howard Blake OBE.

Highlights from The Sterling Trio’s busy concert schedule over the last decade have included recitals in London (St. James’s Piccadilly, St. Martin-in-the-Fields, Queen Elizabeth Hall), Manchester (RNCM, University of Manchester), Leeds (International Concert Season), Scotland and North Wales. The Trio has also played for the Association of European Conservatoires and performs as a chamber ensemble for the Concordia Foundation. As well as formal recitals, the Trio performs for arts festivals, rural touring and National Galleries, and enjoys education and community work in schools, hospitals and residential homes.

Following recent critically acclaimed chamber music concerts across the UK with differing instrumental combinations, the Sterling Trio are delighted to welcome Laurence Hughes as cellist to the ensemble for this concert.