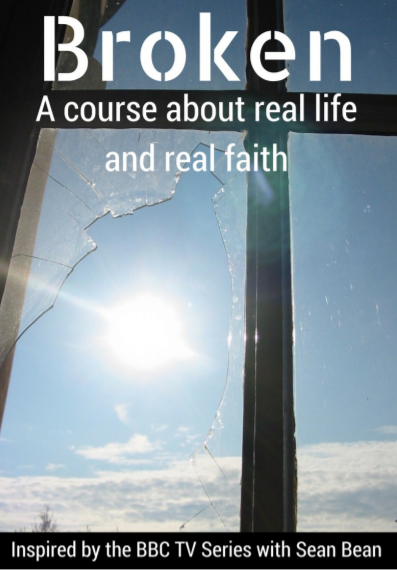 The TV series, ‘Broken’, written by Jimmy McGovern and starring Sean Bean is set in an estate parish somewhere in the UK. The church used at the centre of the series is in Liverpool but the series never explicitly states that this is where the narrative is set. The series focuses on the life and ministry Father Michael Kerrigan, a Roman Catholic, priest who, despite past trauma and anxiety about his own inadequacies, attempts to bring the light of Christ into the lives of the people amongst whom he ministers. The series portrays real life at its most gritty and unvarnished, and in doing so raises many questions along the way about how to live faithfully when life is very hard.

The course is bases around the principles of the series itself – which raises far more questions than it ever answers. The idea of the course is to provide the space for people to pick up the questions raised in the series and to explore how they might want to answer them.