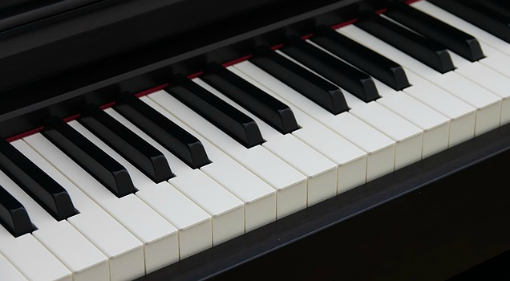 Japanese born pianist Kanako Mizuno has achieved some remarkable feats in her young career. Successful as both soloist and accompanist, London based Mizuno has been awarded numerous prizes and scholarships in recognition of her skilful piano playing. Winning placements include; the Kamakura City Student Music Competition, Japan Player’s Competition, the Young Artist Piano Competition, Le Brilant French Music Competition, Tokyo Piano Competition and Japan Classical Music Competition. Other notable achievements include; participating in the Euro Music Festival & Academy, a master class with Dina Yofe in Mozarteum Summer International Music Academy, and Dartington International Summer School and Festival, for which she received a full scholarship. Mizuno premiered Laura Bowler’s composition in Salford Cathedral with musicians from the BBC Philharmonic Orchestra in May 2018. She was selected as a winner of the Gold Medal at the RNCM in 2019. Kanako obtained her BMus from the Toho Gakuen School of Music, before moving to the UK where, as a scholarship student, she studied at the Royal Northern College of Music. She is currently studying at the Royal Academy of Music with Amandine Savary and Colin Stone.

Pijus Jonusas was born in 1991 in Vilnius, Lithuania where he began his music studies at the age of five. After he graduated from National M.K.Ciourlionis School of Art where he studied with Rusne Mataityte, he went to study with Peter Brunt at the Royal Conservatoire in The Hague, The Netherlands. He is currently studying a masters degree with Pavel Fischer and Callum Smart at the Royal Northern College of Music in Manchester. Pijus is a keen chamber musician and has collaborated with such artists as Magnus Johnston, Guy Johnston, John Ryan, Timothy Ridout, Abel Salaocoe and others.

Julius Jonasus was born in Lithuania and started musical studies at the age of 6. During his early career he received 3rd place in the International Young Musician Competition in Estonia and J. Urba International Strings Competition in Lithuania. He enjoyed nine years of education in his home country before moving to Manchester to continue cello studies with Anna Menzies at the Chetham‘s School of Music. During this time Julius performed around the UK either as a soloist or a member of a quartet, piano trio, baroque ensemble and symphony orchestra. After graduating Chetham‘s, Julius was accepted to study at the Royal Northern College of Music where he is now a second year undergraduate student learning with Nicholas Jones. Julius greatly enjoyed playing Brahms sonata with the pianist Kanako Mizuno who is a second year masters student. Julius is also a member of the Levare string quartet formed together with fellow students from his year.  They recently appeared in the Malvern music festival playing works by Mendelssohn and Shostakovich