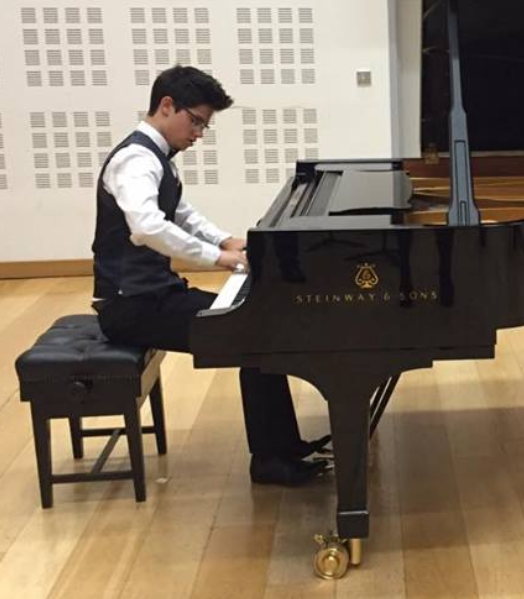 Sean Greenheld will be preforming his WACIDOM Saturday Lunchtime Concert on Saturday 5th October at 12:30 at Bold Street Methodist.

22 Year old, British pianist, Sean Greenheld from York, has just began studying his postgraduate degree at the Royal Northern College of Music under tutor Helen Krizos after recently graduating from there with first class honours.
Sean began playing Piano at the age of 7 and later went on to audition and accept a place on the Yorkshire Young Musicians programme studying with renowned tutors Svetlana Pinegina, Benjamin Powell and Penny Sterling.
Sean has enjoyed a wealth of experience performing in venues across the United Kingdom. Most notably the Purcell Room in London, The Howard Assembly Room in Leeds, The Millennium Centre in Cardiff and in Dewsbury Minster.
Sean has had the fortune of undertaking several masterclasses with distinguished pianists such as Martin Roscoe, Carole Presland, Alessandro Taverna, Stefano Fuizzi and Bernard D’Ascoli.
One of Sean’s most outstanding achievements is receiving the joint 1st Prize in the Fergal O’Mahony Prize 2017 held at the Royal Northern College of Music.
A key focus for Sean is his love and passion for chamber music and accompaniment, believing that music is most powerful when shared. He relishes in the opportunity to collaborate with others and is keen to pursue chamber music as a key part of a varied musical career.
Sean regularly accompanies students at Yorkshire Young Musicians at the Leeds College of Music for their ABRSM exams.
Sean is proud to be a Help Musicians UK Myra Hess Award Holder and is very grateful for the support of Help Musicians UK during his postgraduate studies. He also has received the Oglesby Scholarship Award from the Royal Northern College of Music and is very much looking forward to the next two years of his studies.
Sean Greenheld WACIDOM Saturday Lunchtime Concert
This site uses cookies More info