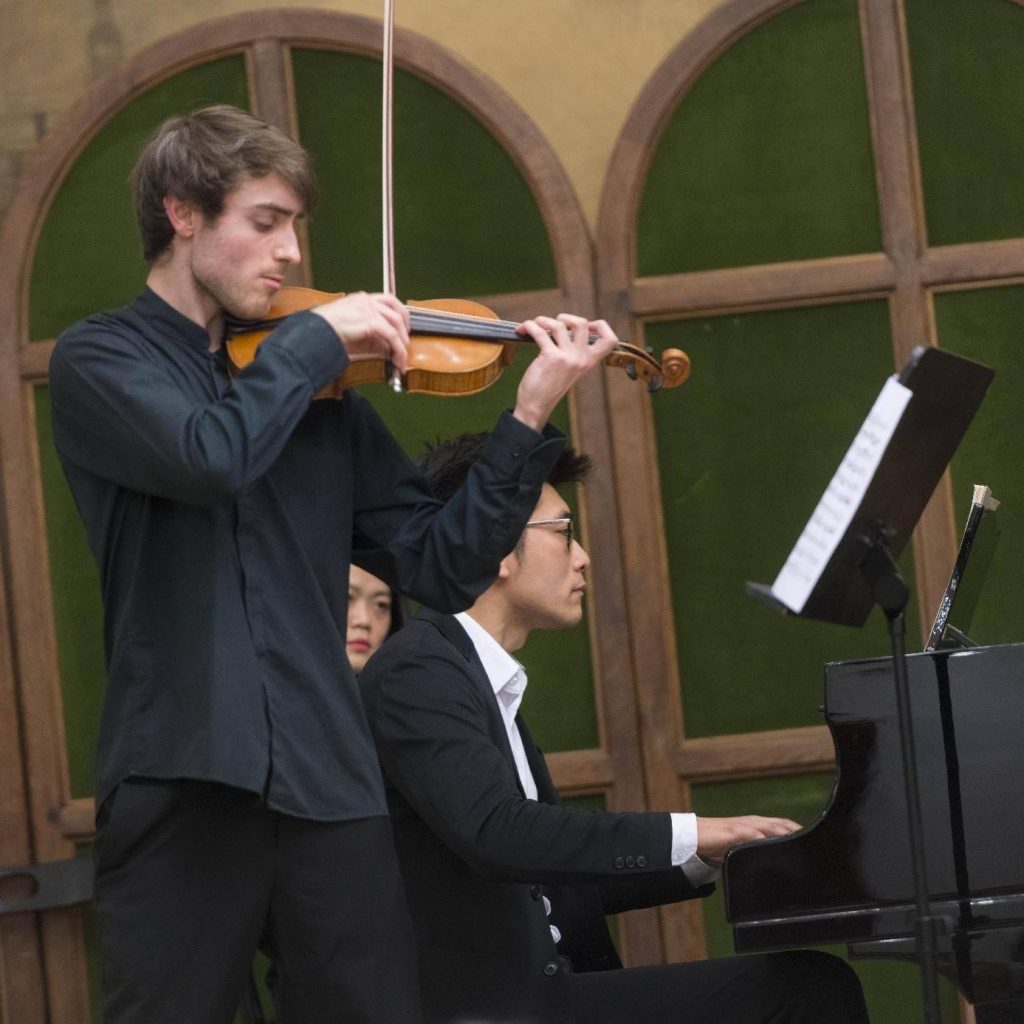 British violinist Sebastian Wyss is currently studying postgraduate at the Royal Birmingham Conservatoire with Susanne Stanzeleit and Wen Zhou Li. He completed his undergraduate studies with Susanne Stanzeleit and during his time won the strings prize, the Herbert Lumby Sonata prize, Delia Hall prize, Sheila and Colina Hodge memorial violin piano duo prize and the Meher Rohi Gazder scholarship for a promising violinist. He studied on the Weingarten scholarship at Liszt Academy Budapest with Professor Banda Ádám. During his time there he won the 1st prize with duo partner Tony Chen Lin in the Leo Weiner Chamber music competition and as a result will play many concerts in Hungary. He has had masterclasses with György Pauk, Henning Kraggerud, Barnabas Kelemen, Esther Yoo, Bin Huang, Dmitri Sitkovetsky and many others.

Tanya Avchinnikova is one of the brightest young pianists in Belarus. She was born in 1988 in Minsk. A graduate of the Belarusian State Academy of Music in the class of Professor Valery Shatsky, after completing her master’s degree, she continued her postgraduate studies at Ural State Conservatoire in Yekaterinburg (Russia). Tanya leads an active concert life in<her native country and abroad. She has given concerts in Russia, France, Switzerland, China and the UK. Tanya combines concerts with teaching. From 2016 to 2018 she lived in China and taught special piano at the University of Nanchang (Jiangxi province).< She is a member of the jury of many national junior piano competitions in China. She gives master classes in Italy (Bergamo, 2019) along with such performers as Vladimir Ovchinnikov (Russia), Michel Beroff<(France), Pascal Nemirovski (France). Since 2018 Tanya lives in England and improves her skills at the Royal Birmingham
Conservatoire in the class of the famous pedagogue, Professor Pascal Nemirovsky.
Sebastian Wyss (Violin) and Tanya Avchinnikova (Piano)’s WACIDOM Saturday lunchtime concert.
This site uses cookies More info